In addition to serving on the Prescott City Council, Brandon Montoya owns and operates an investment firm locally and is raising his family in Prescott. He grew up in Prescott and graduated from Prescott High School in 2003. He has worked and lived in this community since finishing high school, spending seven years as a grocery manager before transitioning to work his way up the finance industry. In 2016, Brandon started his own financial services firm, Montoya Wealth Management, with his wife, Erica Ryberg. They launched with a handful of clients, some personal savings, and the will to grow a successful business in a community that had afforded him countless opportunities. Brandon put in the hard work, joining civic organizations, networking, and at times knocking on neighbors’ doors and telling them about the business he was building. Today, he and his wife have a thriving financial investment firm that serves more than 120 local households and is entrusted with managing more than $27 million of the client’s wealth.

In 2017 Brandon was a member of the 28th graduating class of Prescott Area Leadership (PAL). He learned a great deal about the workings of Prescott and Yavapai County; this sparked his interest in local leadership and put him on the path of eventually running for office. PAL gave Brandon a way to become more involved and learn more about the community and share ideas with his classmates who were other leaders in our community.

It was in PAL that Brandon learned the fundamentals of servant leadership. Brandon began putting this this concept to work in his Frontier Rotary Club. In 2019-2020 Brandon was selected to be the President of both the Prescott Frontier Rotary club and its charitable foundation. At the same time, Brandon also served as a board member for the Prescott Farmer’s market.

Brandon has two children. Lilyana Montoya who attends high school, and his son Ellis Montoya attends kindergarten. Brandon enjoys spending time with his family in his spare time, hiking many of the local trails. Brandon also enjoys running and competes in local 10ks and 5ks. Brandon is proud to be a member of his community’s leadership and is dedicated to civic engagement. 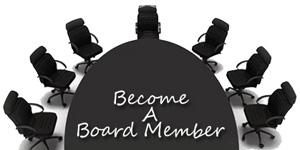 City Seeks New Applications for the Fire Board of Appeals