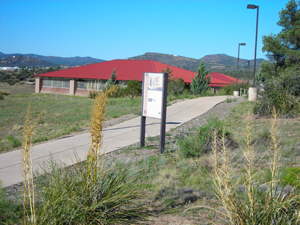 The Willow Lake north shore features a highly significant archaeological site that was excavated around 2004 as a part of the Willow Lake recreation facility development. The site provides exposure to remains of a village that may have housed up to 800 residents at one time, known as the Prescott Culture. This site is unique in that it is a great example of the Hohokam influence on the people of the Prescott region. The predominant period of occupation was A.D. 900 to 1100. The excavation ruins are protected with ramada structures, with many interpretive panels that provide an educational experience. The site is in proximity to the trails, picnic sites, and boat launch. 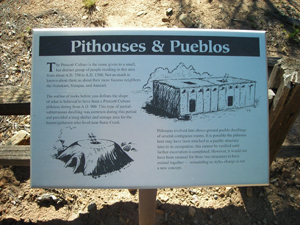 This small natural park features an archaeological site with interpretive signs. It is accessible via the Butte Creek Trail. The site is the remains of an A.D. 900 Prescott Culture pithouse excavated in 1997.

After parking along Sherwood Drive, walk across the small bridge over Butte Creek, turn right at the “T” trail intersection and the archaeological site is just to your left. Visitors to this area may also enjoy continuing up the Butte Creek Trail, which ultimately connects to the Prescott National Forest trail system. The trail is located within a narrow public easement on private property (i.e., Hassayampa Golf Club is a gated community). 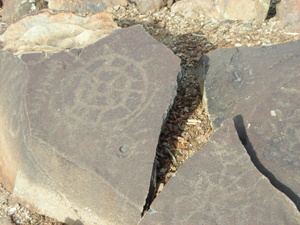 Numerous petroglyphs are found throughout the Prescott Lakes area, with some accessible via the trail system originating at Vista Park that leads to the highest mesa. Once on the highest mesa, a trail system leads you to the petroglyphs (i.e., some that have been relocated), and some excellent interpretive signs. Petroglyphs are also found in seven pocket parks throughout the Prescott Lakes Master Planned Community. 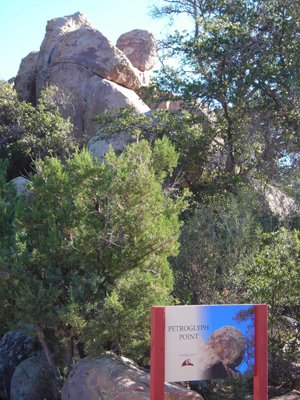 Originally the Dalke Property, and now part of the Enchanted Canyon Subdivision, the rock outcropping featuring the Indian Rock Petroglyphs and associated open space were dedicated to the City as part of the subdivision process. The prominent granite outcrop contains over 100 petroglyph elements, with a nearby public trail. This site has been a popular picnic spot since the 1800’s and contains the names and dates of those early visitors, as well as, a beautiful array of prehistoric elements.

To access the site, travel west on Iron Springs Road 1.9 miles from the Miller Valley/Willow Creek Road intersection, and turn left on Sierry Peaks Drive. Proceed 1.7 miles to Ridgewood Drive and turn left, proceed .3 mile and turn left onto Enchanted Canyon Way. Proceed 200 feet and park on right, and look for sign “Petroglyph Point”. You can see the petroglyphs on the highest point of the boulder outcropping. The public trail mentioned above begins just 40 feet south of the Petroglyph Point sign. 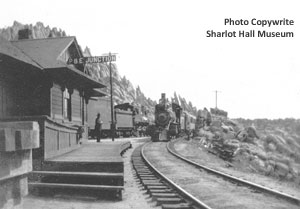 Originally constructed in 1893 as the Santa Fe, Phoenix, and Prescott Railway, and serving Prescott for 90 years, today the Prescott Peavine Trail (i.e., a rails-to-trails project) serves over 30,000 trail users per year. Where it connects with Prescott’s Valley’s Iron King Trail in the Granite Dells, a railroad depot once stood to serve both railroads. This area in the Dells is known was Point of Rocks, or Entro. While few railroad features still remain, some railroad bridges are still in place that serve the trail today. These remaining were bridges constructed in the 1920s are still found and used along the route, such as the one in the northeastern corner of Watson Woods Riparian Preserve near the junction for the Discovery Trail. 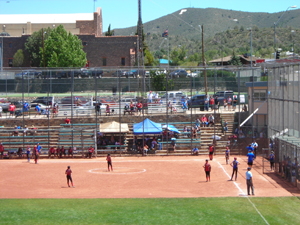 Constructed in the early 1930s by the Works Progress Administration during the Great Depression, numerous historic structures are found within the same area. The historic Ken Lindley Stadium traces its history back to the original City Park around 1905. Today it is still one of Prescott’s premier sports facilities. The original stadium was restored in 1999 with the use of a Heritage Fund Grant (i.e., Arizona Lottery Revenues). 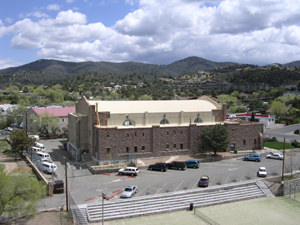 The Grace M. Sparkes Activity Center (i.e., the Old Armory) was also constructed in the early 1930s to serve as the National Guard Armory. In 1980, it was acquired by the City of Prescott and converted to a recreation center with primary uses of basketball, volleyball, dances, special needs activities, annual Kiwanis auction, and other special events. 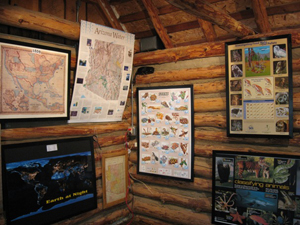 While not historic, the City’s Community Nature Center near Granite Mountain Middle School features a replica of a log cabin (i.e., constructed in 1976 by Youth Conservation Corps) where every attempt was made to use similar construction techniques as in pioneer days. This log cabin features the traditional chinking between logs, and rock fireplace. Today, the cabin serves as a visitor center on weekends with various educational displays.