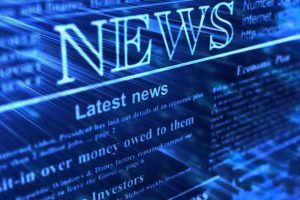 The October 4, 2022 Council Subcommittee on Water Issues Meeting has been cancelled. Staff has no pending Water Service Applications for the Subcommittee to review, and a quorum of the Subcommittee will not be available to attend the meeting.  For additional information please contact the…

The City of Prescott will host a series of open house public meetings to share information about the proposed Airport Vicinity Overlay Zone (AVO). These meetings will be interactive, where citizens can speak to City staff members, ask questions and… Read more »

The Recreation Services Department has announced that the access road leading to the Lower Goldwater Lake recreation area will be closed Wednesday, August 31 and Thursday, September 1 for installation of new power poles. In addition to the closure of… Read more »

City of Prescott Labor Day Schedule  In observance of Labor Day on Monday, September 5, City offices and Prescott Public Library will be closed, and some services will be affected.  Solid Waste trash and recycling will be collected, however the transfer station will… Read more »

The City of Prescott is excited to announce that the 2022 Veterans Day Parade will be held in Downtown Prescott on Friday, November 11, 2022. Opening ceremonies will take place at 10:30 a.m. on the stage at the intersection of Cortez St. and Union St., with parade beginning at… Read more »

Prescott City Council has named Connie Cantelme as the appointee to fill the vacant seat left by former Councilwoman Jessica Hall in early July. Cantelme will serve through November 2023, when the remaining two years of the term will be filled by election.  The appointment took place following a Workshop Session, where Council interviewed three applicants for…
Prescott City Council Names Connie Cantelme to Fill Vacant Seat Left by Jessica Hall
“>Read more »

Following the discovery by the Arizona Department of Environmental Quality (ADEQ) of two PFAS chemicals, perfluorooctanoic acid (PFOA) and perfluorooctanesulfonic acid (PFOS) in two City wells in the airport area in early July, which were immediately turned off, the City requested that ADEQ sample the additional City production… Read more »

The City of Prescott Planning & Zoning Commission will conduct a public hearing to discuss the proposed Airport Vicinity Overlay District, on Thursday, August 25 at 9 a.m. in the City Council Chambers at 201 S. Cortez Street.  This meeting will be open… Read more »

Following an Executive Session on Tuesday, August 16, 2022 Prescott City Council selected four (4) finalists for interviews to be conducted during a Special Meeting on Tuesday, August 23rd at 9:30 a.m. in Council Chambers. A public comment period on the following finalists is now open through 5 pm on Monday,… Read more »